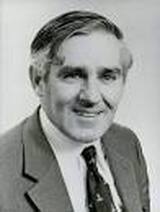 Former Corangamite MP and federal minister Tony Street has died aged 96 after a life of remarkable service, political influence, and his caring and modest nature.

Tony died on Tuesday. He was husband to Ricky for 71 years, and father of Geoffrey, Alan and Philip.

Tony’s successor, former Corangamite MP Stewart McArthur, reflected on the death of his personal and political friend of 40 years. Mr. McArthur told the Colac Herald that Tony had a thoughtful and informed view of the political issues of the day. “Tony Street represented a bygone era of Members of Parliament advocating the national interest ahead of partisan politics,” he said. “His father, the Honourable Geoff Street was a minister in the Menzies Government. He died in the fateful air crash in Canberra in 1940 along with three other ministers. Tony Street became an influential member of Malcolm Fraser’s cabinet, serving as a Minister for Foreign Affairs and Industrial Relations.

Corangamite was a large rural electorate and Tony Street, being a farmer himself, understood the rural issue, immediately,” Mr. McArthur said. He said Tony was the longest serving member of the Melbourne Cricket Club – ‘a rare honour’ and was a highly regarded spin bowler in the district cricket. “I am proud to say Tony Street was a personal and political friend for over 40 years,” Mr. McArthur said. “It was my great honour to succeed Tony as the Member for Corangamite in 1984. Tony Street was modest about his achievements and cared deeply for his fellow Australians.” Published text in The Colac Herald Friday, October 28, 2022